One of the most dynamic topics in privacy regulation is the use of personal data in the health care sector, such as for total genome analysis, quantified self purposes and smart health apps. An important question in the medical field is that of professional secrecy (between doctor and patient) and relational privacy or group privacy. Privacy in sport is another important aspect. Athletes are subjected to intrusive investigations into their bodies and sensitive data are collected about them. What are their rights and how can they be protected? 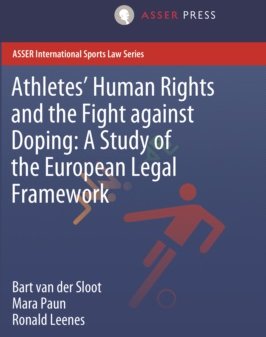 This article contains a comparative analysis of the jurisprudence of the ECtHR on the right to marry and found a family (Article 12 ECHR). This involves gender surgery, adoption and artificial insemination.

This study enriches the existing debate by analysing the case law of the European Court of Human Rights regarding Article 12 of the European Convention on Human Rights, containing the right to marry and found a family. It will be shown that although the article was incorporated in the Convention as a typical negative right and anti-discrimination provision, until 2000 the Court has approached it from a Christian/conservative perspective, adopting very far-reaching restrictions on the rights of immigrants, denying transsexuals and same-sex couples the right to marry, denying a right to divorce, and denying the right to found a family through artificial insemination or adoption. It is only since 2000 that the Court has struck a somewhat more liberal tone, although many of the conservative doctrines still stand.

The rights of athletes are insufficiently protected. This is evidenced by a large international study conducted by researchers of Tilburg University in the Netherlands. Athletes have to submit to blood and urine collection programmes. In addition, privacy sensitive data are being collected in the fight against doping. However, the legal protection of the rights of athletes is inadequate in many European countries.

Three researchers at the Tilburg Institute for Law, Technology, and Society (TILT)  have conducted a study commissioned by the European Commission on the collection of personal data in the context of the fight against doping in sport. The researchers collaborated with experts from all Member States of the European Union and have held interviews with anti-doping organizations, athletes, Data Protection Authorities, and the World Anti-Doping Agency (WADA), which sets the global anti-doping rules.

Download the report here. The book that is based on this study can be bought here.

In the well-known Supreme Court case, Roe v. Wade, a woman was granted the right to abortion as part of her right to privacy and bodily integrity. In literature, the term coined for this is decisional privacy, contrasting with other forms of privacy, such as informational and locational privacy. The concept has been challenged by many, both because of its inherent vagueness and because it is unclear why making decisions should, on a theoretical level, be part of the right to privacy. This article suggests, however, that not only the American courts, but also the European Court of Human Rights has integrated decisional elements in its privacy jurisprudence. Moreover, decisional privacy not only grants citizens the right decide over personal matters in their lives, it stresses that the state has a role in facilitating the quality of the decision-making process. This is not only relevant to general privacy theory. The doctrine can also have a potential impact on the regulation of current technologies which are used to make data-driven decisions, such as profiling. When applied to data-driven processes, the rules of the European Court of Human Rights are far more strict and demanding than the rules on automatic decision-making in the GDPR. 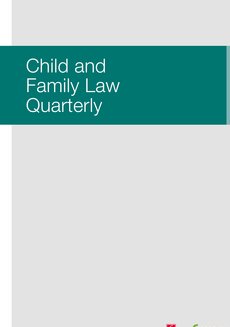 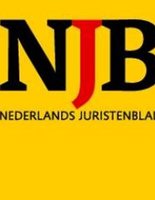 Article on fairness in sport (in Dutch)

Privacy in the lives of elderly people (in Dutch only)

Legal Commentary on Article 12 ECHR (in Dutch only)

Legal Commentary on Article 5 Protocol 7 ECHR (in Dutch only)