Bart van der Sloot has written various studies and articles on the regulation of Electronic Programming Guides, e-Books, Must-Carry Obligations, Digitization of Radio and Television and in general about the legal regime of audio/visual media services. Some of those studies and articles are downloadable below. 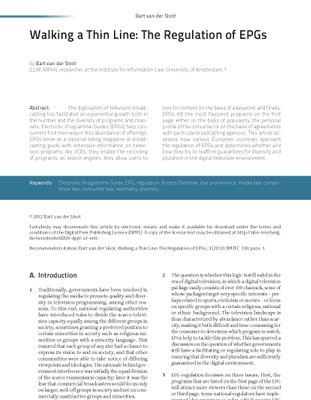 This is a report on the regulation of e-books in the Netherlands.

Netherlands in 2005. Publishers today are required to fix retail prices for new books and retailers are required to charge the prices set. Fixed prices are valid for an indefinite period, but publishers are permitted to adjust them after a period of six months and to discard the fixed price altogether after a year.

The Resale Price Maintenance (Books) Act (Wet op de vaste boekenprijs) seeks to contribute towards a large and varied stock and wide geographic availability of books, as well as towards public participation (purchasing and reading habits). 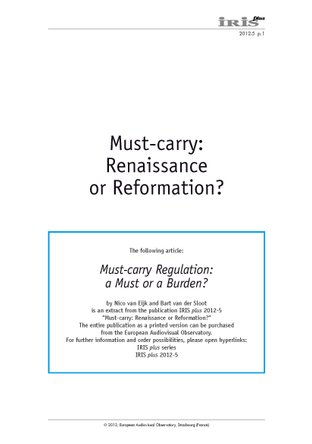 This chapter discusses the digitization of television in the Netherlands.

The Netherlands was the second country in Europe to switch off traditional analog television. On 11 December 2006, some three months after Luxembourg had taken this step, the analog terrestrial signal was switched off and the same frequencies are now primarily used for digital broadcasting.

The Netherlands was and is a densely cabled country. The fact that less than 1.5 percent of households were dependent on analog terrestrial television was the key precondition for the successful switch-over. After describing the background of switch-over, this paper summarizes the development of digital television in the Netherlands, analyzing such key policy issues as: technical decisions on access for public television, the allocation of broadcasting licenses, license conditions, roll-out obligations, and issues with regard to regional broadcasting organizations.

This article contains an analysis of the Regulation of EPGs, in particular in the United Kingdom and Germany.

The digitisation of television broadcasting has facilitated an exponential growth both in the number and the diversity of programs and channels. Electronic Programme Guides (EPGs) help consumers find their way in this abundance of offerings.

EPGs serve as a classical listing magazine or broadcasting guide with extensive information on television programs; like VCRs, they enable the recording of programs; as search engines, they allow users to look for content on the basis of a keyword; and finally, EPGs list the most favoured programs on the first page, either on the basis of popularity, the personal profile of the consumer or on the basis of agreements with particular broadcasting agencies. 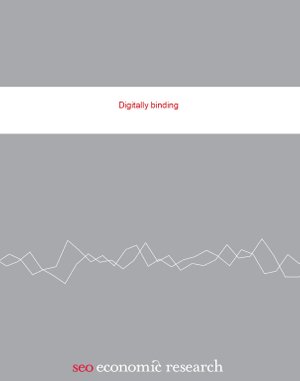 This article discusses the Must-carry obligations in the European Union.

The first must-carry rules date back to 1990, the time when space on analogue broadcasting networks was limited and when supply grew quickly due to the introduction of private broadcasters. To ensure that channels of general interest would still be transmitted, countries introduced rules to regulate the scarcely available cable capacity. The major reason for introducing these must-carry rules was to guarantee access to public service broadcasting and ensure a diverse choice of programmes. The option in the European regulatory framework of reserving distribution capacity for selected channels, is characterised by its technology-neutral formulation. A distinctive feature of these European rules is that must-carry obligations can only be imposed if the respective networks are the principal means of receiving radio and television channels for a significant number of end-users of these networks. 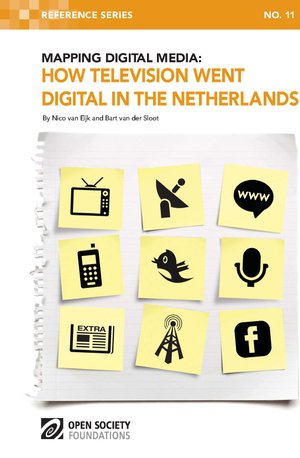 Article on EPG due prominence rules

Article on the Regulation of platforms like Second Life 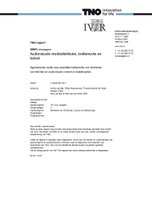 Report on the regulation of audio-visual media (in Dutch only)